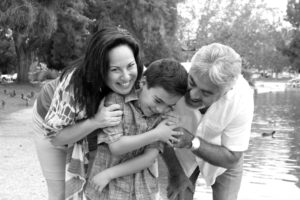 Hello.  My name is Wendy and I’m a recovering workaholic.  I’m also a wife, a mom, and a brain tumor/cancer survivor.

During the last few decades, I have built a successful career in the business side of the nonprofit sector–specifically marketing and fund development.  As an executive leader, I eventually created a niche for myself by initiating and implementing annual and major gift programs for four different human service agencies.  While my efforts resulted in significant monetary growth for each of these organizations; I was so wrapped up in the work I was doing that I was neglecting my family and friends–the very people in my life who loved and appreciated me most.

Everything changed on the evening of October 15, 2014, a mere two weeks before my son’s ninth birthday, when I had a grand mal seizure while reading with him in his bed.

The seizure struck suddenly, and I didn’t know what was happening.  I was frozen in a fetal position and I couldn’t speak.  I literally felt an electrical surge run through my body and it was as if I had somehow short-circuited.  Thankfully, my son noticed something was wrong, and he called out to my husband.

As I was drifting in and out of consciousness, I remember thinking I was having a stroke and dying.  In my mind, I pleaded with God to not let me die in my son’s bed.  I feared the psychological effect of not only dying but dying like that, would be too much for him to handle and I couldn’t begin to imagine how he would recover.  Plus, there was still so much I needed to communicate to so many people, including my husband and my son.

My husband ended up calling the paramedics and they took me to a local hospital.  When I came to, I still couldn’t speak but somehow, I was able to utter the word ‘stroke’.  Suddenly, I was whisked off for a CT Scan of my brain followed by an MRI and throughout this entire time, I continued to drift in and out of consciousness.  I vaguely recall coming to at one point during all of this and a person who identified himself as an MRI technician was asking me to “remain as motionless as possible” so he could “get reliable images” and then I was out again.

The next thing I knew I was in a hospital room and my husband was there.  I remember a doctor informing us that a mass was seen on my brain scans but all I heard was; blah, blah, blah, brain tumor, blah, blah, blah…biopsy.

A few days later a biopsy was performed and when the results were analyzed the brain tumor diagnosis was confirmed.  I wasn’t scared during this time as I was still in shock.  Elated that I didn’t die in my son’s bed, I was also thankful that this was happening to me rather than him or my husband.

We were given the diagnosis of a rare and slow-growing Oligodendroglioma tumor on a Wednesday night and they wanted to operate the next morning.  There was a lot of pressure placed on us by the medical team.  At the time, I just wanted to go ahead and get the surgery over with before I had too much time to think about it.  My husband was strong though.  Plunging a super long needle through my skull and into my brain for the biopsy was one thing, but he wasn’t about to let anyone crack my head open and perform brain surgery without a second opinion.

He told me not to worry that he would take care of everything–and he did!  Armed with referrals to some of the best neurosurgeons in the country, we ended up selecting Dr. Linda Liau at UCLA.  I will forever be grateful to my husband for his courage and all that he took on for me during that time.  He also supported me through supplementary appointments at UCLA so a baseline of my language and motor skills could be created along with a map of my brain providing further details about the location and dimensions of the tumor.  All of this additional testing, complemented with Dr. Liau’s outstanding reputation was very reassuring to us.

Early in the morning of December 9, 2014, my husband brought me back to UCLA so that Dr. Liau and her team could perform a craniotomy to remove as much of the visible tumor as possible.  During the time between diagnosis and surgery I reached out to as many family members and friends as I could and I proclaimed my love for each of them (mostly through email and social media as I was too weak to have very many conversations or in-person interactions).  I also discovered just how loved I was despite my neglect of these very same people due to the hyper-focus I had on my work during the last few decades.

I’ve always been one to eventually make lemonade out of lemons and to attempt to bestow what I’ve learned on anyone who would listen.   The purpose of this blog is to document my experiences, memories, and self-discoveries as I continue to transform from a workaholic into a more balanced wife, mom, friend, and family member.  I have read several books and stories about others who have had similar experiences, and each has helped me to get to a place of acceptance of my new normal.  My ultimate hope is that by sharing my journey others will find their way to acceptance and be comforted by the knowledge that they are not alone.

Thank you for taking the time to read my blog.  I value your feedback.  If you have any suggestions for me please send me a note: wendy.2ndchance2live@gmail.com 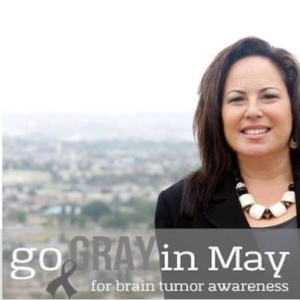