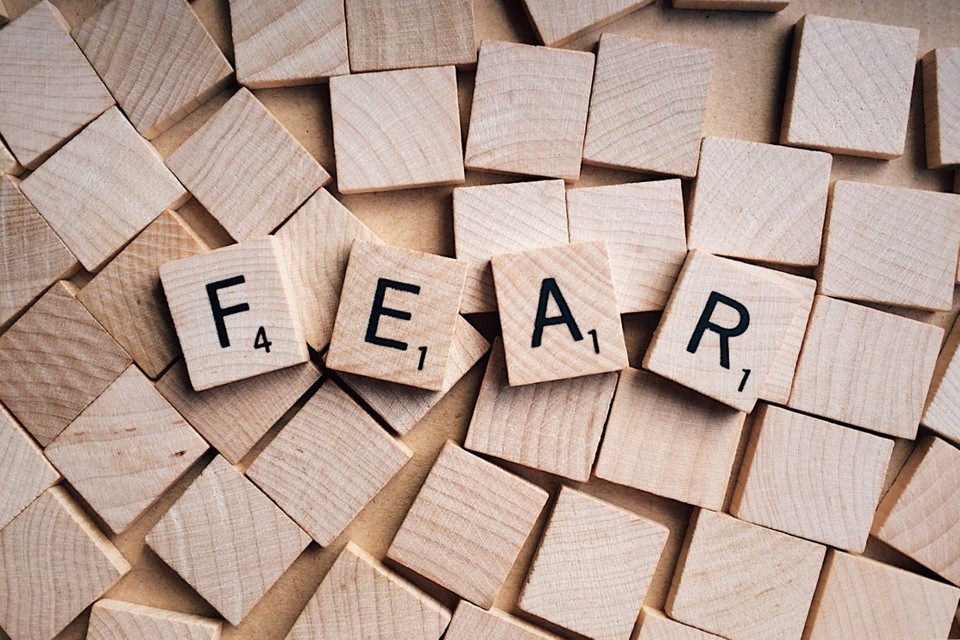 “Make it edgy,” I said to the tattoo artist. “There isn’t anything pretty about brain cancer.”

It was 5:45 p.m. on Saturday, April 30, 2016. Although it had been a warm and sunny California day, I felt gloomy. I wanted the tattoo to personify my state of mind at the time: edgy and colorless. I was still struggling to accept my “new normal” after undergoing a craniotomy—the procedure required to remove a large oligodendroglioma tumor from my left frontal lobe—16 months prior.

On Oct. 15, 2014, a grand mal seizure led to the discovery of my brain tumor. A biopsy confirmed the diagnosis a few days later. My husband and I turned to UCLA’s Dr. Linda Liau and the craniotomy was scheduled for Dec. 9, 2014.

Unbeknown to me, the steroid I took to reduce the swelling in my brain during the weeks between my diagnosis and the craniotomy made me diabetic. I assumed the sudden weight loss, blurred vision, and muscle atrophy were symptoms of the brain tumor. I had no idea those were also symptoms of diabetes or that diabetes was a possible side effect of steroid use.

Because I was rapidly dropping weight and I thought I was going to die, I did what most anyone would do the night before having brain surgery: I consumed an entire pint of Rocky Road ice cream. I enjoyed every bite of what I thought was my last meal. The rich, cold, and creamy chocolate flavor flowed down my throat while the smooth marshmallows and crunchy nuts swished around my mouth. It was almost worth the near-diabetic coma. Fortunately, my anesthesiologist discovered the diabetes the next morning, and I was injected with insulin a few hours before Dr. Liau began operating.

It was too much to process. I wanted to hide. I allowed very few visitors. I cried a lot those first few weeks. I didn’t understand what was happening to me.

The night after I moved out of the ICU, I felt invisible. I was alive, but I couldn’t move my right side and I couldn’t speak. Initially, my husband refused to leave the hospital. I was somehow able to communicate by the third night that I wanted him to go home and get some rest.  Actually, he was snoring, and I really wanted him to go home so we could both get some rest. I didn’t realize my mistake.

Although I was alone in a hospital room with a remote to alert the nurses if I needed something, I couldn’t speak when they responded to my calls. My diabetes caused frequent urination. When the nurses passed by my room or came in to check my vital signs, draw blood, or give me insulin shots, I tried everything to communicate my need to use the bathroom. I felt ignored, like the nurses were avoiding me because of the mess I was making.

The following week, I moved to another hospital for intensive rehabilitation. By this time, I was able to sit in a wheelchair. In physical therapy, I was learning how to walk again and to “transfer” myself from the wheelchair to the toilet. One day, when I needed to urinate yet again and felt frustrated with the nurses’ response time, I attempted to “transfer” myself to the toilet. It wasn’t nearly as easy to do alone as it seemed with a physical therapist by my side. I fell and hit my head on the bathroom floor. When the nurses discovered me, I was rushed to have an MRI to confirm I didn’t reinjure my surgery site. Exhausted from the drama, I fell asleep as soon as the MRI was over, and when I awoke, I discovered the guard rails were up on my hospital bed. From that point on, every time I sat in the wheelchair, a strap was placed around my waist and tied to the back of it to restrain me. It was humiliating, but I realize now that I became a risk to myself and a liability to the hospital.

Not having the ability to express myself was quite a shock, since just a few weeks prior to the surgery, I was leading a nonprofit organization, making public speeches, answering phone calls, writing letters, and participating in an array of meetings. I couldn’t understand how I went from being so competent and active to having to relearn how to walk, talk, and go to the bathroom by myself. I was suddenly an out-of-work workaholic. Confused and despondent, I sank into a deep depression. It was too much to process. I wanted to hide. I allowed very few visitors. I cried a lot those first few weeks. I didn’t understand what was happening to me.

Several months into my recovery, I began searching for a symbol to keep me grounded during future hospital stays or further treatments. I wanted a tattoo with a unique design on the inside of my right forearm. I needed to remember I wasn’t alone. I didn’t want to ever give up hope again. I was strong and had much to live for, still.

Recurring MRIs followed by visits with UCLA’s Dr. Timothy Cloughesy, my neuro-oncologist, became a standard part of life after the craniotomy. Until recently, I lived my life from MRI to MRI. I experienced severe, almost paralyzing, anxiety (or scanxiety as it’s known in the cancer world) in the weeks that led up to each MRI. Following the MRIs, Dr. Cloughesy reviewed the scans with my husband and me. He spoke about scarring around the surgical site, and concluded with the word “stable.” I was finally able to calm myself down once I heard that word, but then my mind flooded with questions like: What do I want or need to accomplish before my next MRI in three months? How do I make the best of the time I have?

I wasn’t alone. I didn’t want to ever give up hope again. I was strong and had much to live for, still.

It took more than a year for a paradigm shift to occur in my thinking. During this particular MRI, I recall feeling vulnerable due to my nakedness underneath a flimsy and oversized hospital gown. I wasn’t able to tie it in the back because of the limited flexibility still persistent in my right arm. I cautiously followed Paul, a radio technician, into the cold, brightly lit and sterile room.

His friendliness and calm demeanor instantly put me at ease. I was eager to explain how the gray ribbon represents brain tumor/cancer awareness. The blue boxing gloves reminded me to keep fighting. And, the black arrow dashing through the ribbon and gloves helped me remember to keep moving forward. We later realized his wife and I had the same tattoo artist named Lucy Hu at a shop called My Tattoo. My vulnerability was now forgotten. My scanxiety began to ease, and instead of worrying about the MRI results, I spent my entire 50 minutes in “the tube” thinking about my conversation with Paul.

By the time of my MRI appointment in August of 2018, I had a few more accomplishments under my belt. I began building up my confidence. I could actually consider a future beyond brain cancer. Paul was my radio technician again, and he recognized me by my tattoo. I started relaxing because of this. He told me that he and his wife recently saw Lucy, and he mentioned our previous conversation to both of them. As we spoke, I nearly forgot why I was there. It just felt like I was catching up with an old friend.

By that December, I had regained a positive perspective. I met Fernando, a radio tech assistant, during an MRI appointment. I started having a little fun during the appointment. My personality was finally on display. When I arrived, a nurse tried to find a “good vein” for a needle so an IV could be connected during the MRI to provide the Gadolinium contrast, often used during brain MRIs to show clearer images of new tumor growth.

“All of your veins are flat,” she said. Poking fun at my curvy frame, I replied, “At least something on me is flat.”

Not only was I seen by these wonderful people, but I was beginning to see them as well.

When Fernando escorted me into the MRI room, he also asked about my tattoo. When I responded, he looked me in the eyes and I thanked him for seeing me. He gently patted my left shoulder and said, “Of course. You’re awesome.”

Fernando placed a pillow under my knees. When he went to cover me with a blanket, I pushed it off of my feet, saying, “I don’t really like anything covering my feet.”

“Fist bump,” he said, and then held up a closed fist as I bumped it with my left fist. “Same here,” he added. I couldn’t believe his kindness. As he raised the movable table, I felt relief as a sense of serenity rolled over me. While the most current images of my brain were being captured, I noticed for the first time a cool breeze passing over me inside of the MRI machine, and I enjoyed it. I took in a breath. Not only was I seen by these wonderful people, but I was beginning to see them as well.

On Feb. 2, 2019, I went back to visit Lucy. I was ready to add vibrancy to the tattoo she designed. I didn’t want my first tattoo to be pretty, but now I was ready to add some color. She retraced the red laces on the blue boxing gloves and added more structure to the gray ribbon. Then she added five pink and white cherry blossom leaves representing the fragility of life. My tattoo is a reflection of my current perspective. It makes me happy. I love it.
Brain CancerTattoosBy Team CWMay 21, 2019

Essay by Wendy Santana published by Cancer Wellness on May 21, 2019