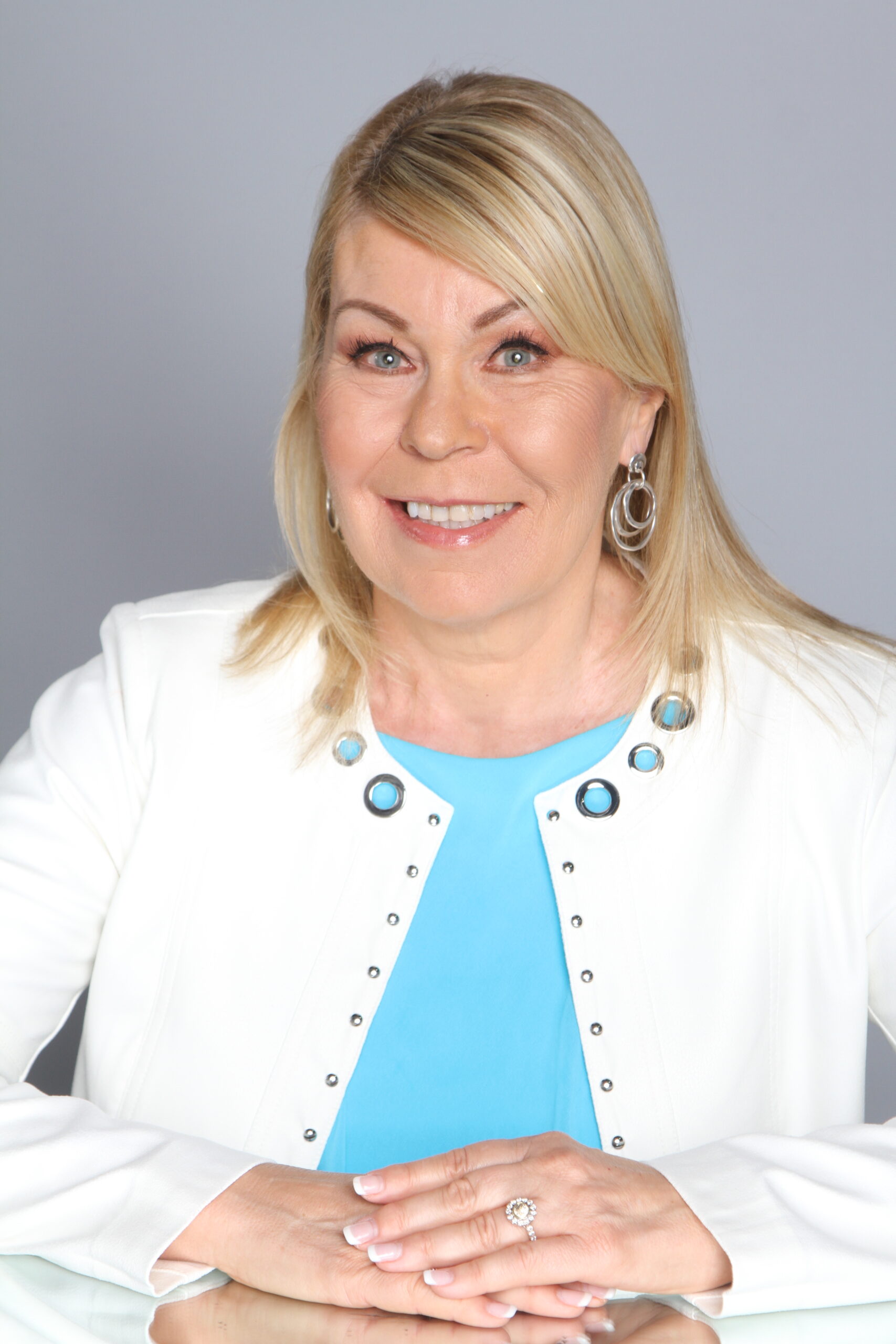 An interview with Linda S. Plunkett, Ph.D. author of Supernatural Rescue: From Broken to Beautiful.

No doubt about it, discovering you have a brain tumor (whether benign or malignant) and undergoing brain surgery is the kind of traumatic experience that can cause you to “find” (or deepen) your faith.

I wasn’t raised with religion. As an adult I considered myself to be spiritual but not religious. It wasn’t until I thought I was going to die on the evening of October 15, 2014, that I realized how much I actually believed in a higher power. That was the night when suddenly out of nowhere I had a grand mal seizure while lying in bed reading with our (then) eight-year-old son. I had no idea what was happening. I also had zero control over my body but I distinctly remember thinking (or praying) ‘please God, not here…not now…not in our son’s bed.’ Even in that state, I feared if I died in our son’s bed it would potentially ruin his life. The following day (while still in the hospital and unsure of what was happening) such an immense amount of joy and gratitude settled over me at having not died in our son’s bed that I didn’t even flinch at the subsequent brain cancer diagnosis.

Thinking back, I always regretted not having a religious foundation so when our son was born I fully intended to give him the foundation I never had. But then, life got in the way. I kept myself busy working and surviving. The hardest part about not having a religious foundation was how overwhelming it was attempting to follow through on giving our son one. But here’s the deal, I’m Jewish and my husband is Catholic. In Judaism, the children take on the religion of the mother so we agreed that our son would be brought up in the Jewish faith. We believed the foundation was important and as an adult, he could choose whatever religious path he wanted. Unfortunately, by the time of my seizure, I had only managed to periodically get him to religious activities. However, following my craniotomy I finally had the space and time to enroll him in Torah Study at our local (reformed) temple.  Our son is 16 now, he was Bar Mitzvahed at 13, and I’m happy to say he made the choice (on his own) to stay actively involved with the Jewish community.

Unlike me, Linda Plunkett author of “Supernatural Rescue: From Broken to Beautiful” was thriving in her religion long before the discovery of her Meningioma brain tumor.  In fact, not only was she a religious leader in the Christian community but she was also licensed by the National Christian Counselors Association as a Clinical Biblical Psychologist and an ordained minister.  Additionally, she had been operating the Christian non-profit, Hope For the Hurting, for over 15 years by the time her tumor was revealed.

Her book was written from a Christian perspective and although she addressed the pain of her brain tumor diagnosis and ensuing issues with fibromyalgia (diagnosed several months after her craniotomy) in addition to other physical and cognitive challenges; her focus was on the emotional pain of feeling abandoned by God during what she called “…the ten dark postsurgery days” which caused her to temporarily lose her faith and then find it again.

“Life might have knocked me down, but I would not be helpless.”

Wendy:  Welcome Linda. I’m pleased to have the opportunity to interview you about your book “Supernatural Rescue: From Broken to Beautiful.” Can you start by sharing a summary of what your life was like prior to the discovery of your brain tumor?

Linda: Thanks, Wendy. My life was great! I was operating my non-profit counseling practice in Jacksonville, Florida, at which I had been helping individuals and couples for a number of years. I was happily married, the mother of two, active in ballroom dancing, and involved in my church and community. In addition, to that point in time, I considered myself to have excellent health!

Wendy: What happened?  How was your brain tumor discovered?  Where was it located and how large was it?

Linda:  You can imagine the shock!  I was informed of the diagnosis of a tennis ball-sized tumor in my brain’s frontal lobe. I really had no prior symptoms. Having said that, others close to me were convinced that there was something wrong. According to them, my communication was abnormal.  The brain surgeon confirmed later that this strange behavior indicated seizure activity, which could actually cause death.  So there was no time to delay. Surgery needed to happen ASAP.

Wendy: How did you prepare for the surgery?

Linda:  Choosing a brain surgeon was job one! I honestly did not have time to really feel prepared. It was the holidays. Christmas was around the corner, and honestly, I  wasn’t sure I would live to see Christmas. Many people do not survive brain surgery.  There were a lot of prayers being said!

Wendy: What did you experience (spiritually) after the surgery?

Linda: I not only felt empty physically but spiritually as well.  For whatever reason, I felt God had abandoned me.

Wendy:  How were you able to regain your faith?

Linda: Ten days after the surgery I literally felt God rescue me when I was at death’s door.

Wendy:  You also wrote about some of your physical post-surgery struggles including balance issues and the eventual diagnosis of fibromyalgia.  My tumor was in my frontal lobe as well and I had many of the same issues.  I already had fibromyalgia, but interestingly, it was especially pronounced for several months following my craniotomy.  What were some of the other physical challenges you had to overcome after your brain surgery?

Linda: I lost my sense of smell, which has been permanent. I also had major memory loss of several years prior to the surgery, including a cruise to Europe I took with my husband, Jim.  Today, longer-range memory retention is still an issue. I periodically also still deal with balance issues and headaches.  Having said that, I am very thankful to be alive and writing my second book.  God has indeed given me strength in the midst of my weakness.

“God has indeed given me strength in the midst of my weakness.”

Wendy:  You mentioned the cognitive post-surgery struggles, such as the loss of several years of memories.  Have you been able to regain any of those memories?  What was some of the best advice you received for rewiring and reactivating that part of your brain?

Wendy: I could very much relate when you wrote, “Everything that was happening around me was greatly amplified from my point of view.” I had that too! Lights, sounds, and emotions were all amplified.  Sometimes it still feels like things are echoing from my head outward.  It took several years but finally, much of that has improved for me.  In what ways (if any) has it improved for you? Are there any lingering deficits you’re still coping with?

Linda:  I really believe the long struggle with my health has made me much more empathetic towards others in pain. I still have no sense of smell, strange headaches, and occasionally have bouts of dizziness, as well as some long-term memory issues. I continue to dance as it seems to help my balance and coordination.

Linda: I am very busy working on writing my second book. I continue to enjoy inspirational speaking, competing in ballroom dancing and traveling, as well as spending time with family and friends. I may have to live with certain negative side effects as a result of the brain surgery. Having said that, I am grateful to God that I have had the joy of touching so many other people’s lives and knowing that with God I have strength in the midst of my weakness.

Wendy: Thank you, Linda.  Is there anything else you would like to add?

Linda: Best wishes to all of those who are going through these difficult challenges!  Don’t give up! Tomorrow is a new day and there is always hope for the future.

“Tomorrow is a new day and there is always hope for the future.”